Carry our follow me pocket spell bottle with you always to aid and guide you on life’s journey. A specially selected combination of herbs are contained in this sealed glass spell bottle to help with attraction, and persuasion. Approx 2″ tall x 1/2″ dia. 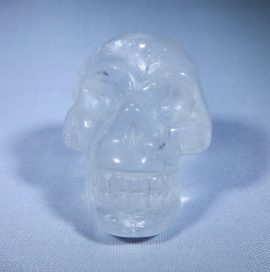 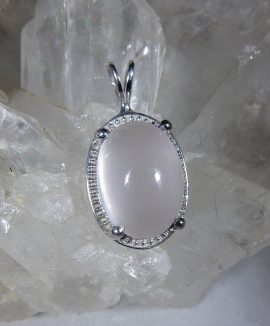 This rose quartz pendant, oval cabochon, sterling silver is the perfect size – not too big and not too small. This solid 4-prong set sterling silver pendant is sure to please you with its strong energy of love, gentleness, and ability to build relationships. This pendant features high quality girasol rose quartz that gives the stone a luminescent, opalized glow. 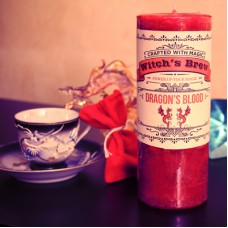 Light this Dragon’s blood candle in your favorite spot in your house. Dragon’s blood, resin is from China the East Indies and South America, comes from some of the earth’s oldest trees.

This resin helps one define and empower spells. Blessing: By Air Fire Water and Earth, I craft this spell on heart and hearth, I call forth this vitality and force, My dragon awakens and finds its course. My spell complete and my magic fair, my words strong this witches prayer. 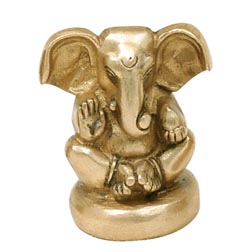 Ganesha Statue in Recycled Brass Made from recycled brass, measures 2.25″ high. Ganesha is the elephant-headed god of Hindu myth. He is the remover of obstacles, he represents abundance, and is the joining principle of energy. S116 (WR) (111) 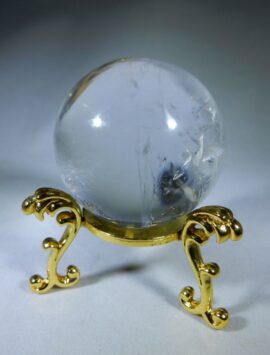 This natural super clear quartz crystal ball is a grade A++, one-of-a-kind beauty, with super clear uniformity. This all natural treasure is great for scrying and meditation and is a must have for any serious collector. Perfect travel size for the wandering gypsy on the go!

How can this crystal help you in your life? See the description below for a list of the physical, emotional, and spiritual properties of clear quartz.. 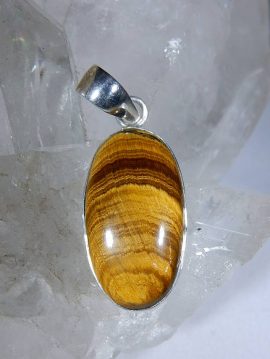 This tiger eye pendant, oval cabochon, sterling silver is just the charm you need to give you the strength and courage you need to take on a new adventure or task. Provides drive, passion, and determination. The gemstone in this pendant has lots of vibrant color and flash.

How can this crystal help you in your life? See the description below for a list of the physical, emotional, and spiritual properties of tiger eye. 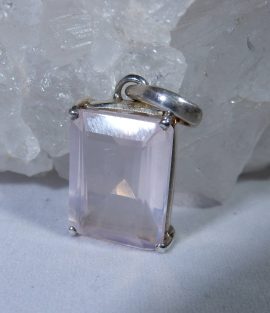 This rose quartz pendant, faceted emerald cut, sterling silver is a delightful hue of pink. All you need is love!  This lovely Rose Quartz Pendant is the perfect size – not too big and not too small. It’s sure to please you with its strong energy of love, gentleness, and its ability to build strong relationships. 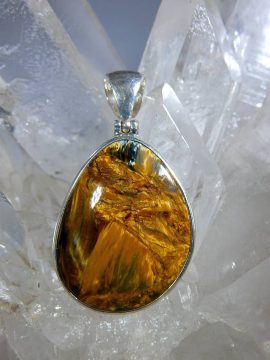 The medium size of this Pietersite Pendant makes it the perfect everyday energetic alignment tool. Get lost in a meditative trance when you use this pendant for scrying. Great for shamans and psychics!  Start your transformation today with this one of a kind pendant.

How can this crystal help you in your life? See the description below for a list of the physical, emotional, and spiritual properties of pietersite.